Note: This episode entry is dedicated to Patton Oswalt. One, because he went to college at about the time I did, so the references will all gel. Two, because I think he will enjoy my childish joy in milking this subject for all it is worth, like I just did right there because I cannot help it. And three, because he is finding his smile, and I could really dig being part of that.

Dave: It’s weird that he shot an Irish cop.

Gareth: “O, they shot me right in the stereotype!”

Remember the Pierpont Gang? Well, the reason Dillinger is a household name rather than Pierpont is the huge codex to the whole story. May I please emphasize huge, and I mean codex in its original usage:

I would like to illustrate this entry with song, a ballad from the alt.college radio stations of my wayward youth, before Internet, before iPhones, before streaming music, when kids in windowless college booths that smelled like ballsweat, feet, last night’s sex and pizza played music that was not Top 40 and slowly asphyxiated to the sounds of Bands Too Cool For You. Follow along using the lyrics throughout with our tale of tumescence and gangsters, of being shot in the back and standing up under pressure.

I woke up this morning with a bad hangover
And my penis was missing again.
This happens all the time.
It’s detachable.

Dillinger ran and went into hiding because he thought he had shot a man. You say a sentence like that to someone my age, and they don’t immediately say “Fair is fair!” and put one fist into the air, they are a pop culture traitor, and are to be reported to me for 1980’s reeducation at the John Hughes Institute.

This comes in handy a lot of the time.

I can leave it home, when I think it’s gonna get me in trouble,
Or I can rent it out, when I don’t need it.
But now and then I go to a party, get drunk…

The block of wood in question was photographed at McCready Funeral Home, 4506 N. Sheridan Road, Chicago, Illinois, and a giant urban legend was erected. 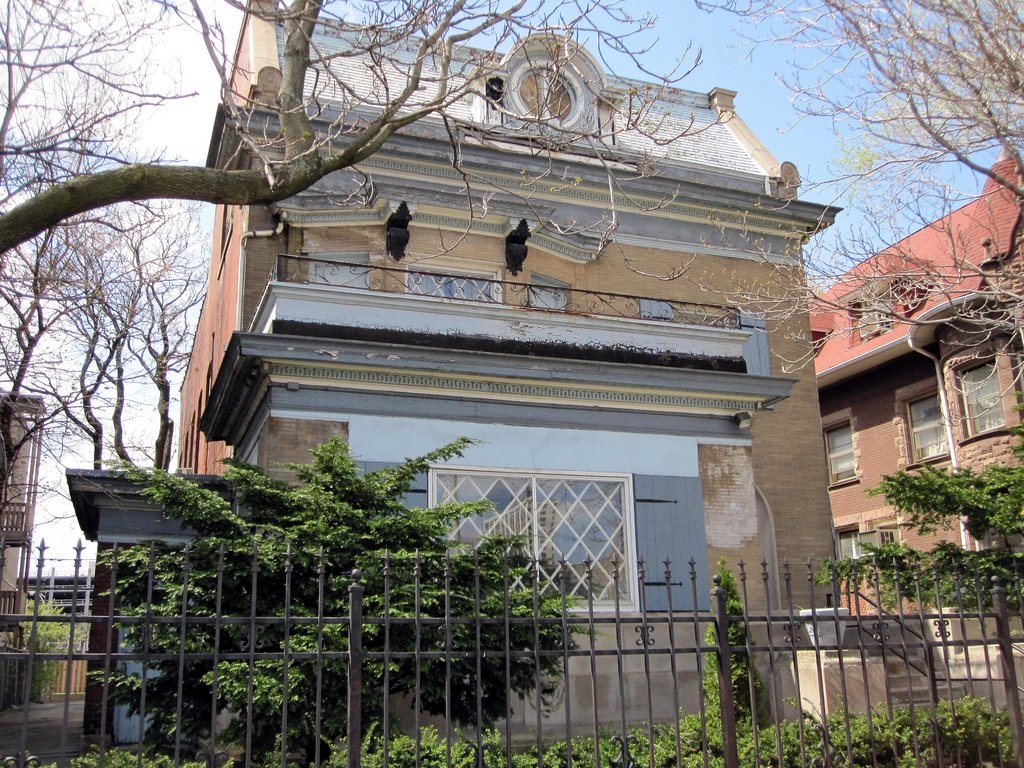 Let’s raise this up the flagpole and have a good look.

And the next morning I can’t for the life of me
Remember what I did with it.
First I looked around my apartment, and I couldn’t find it.
So I called up the place where the party was,

Dr. John Fox, the historian at the Federal Bureau of Investigation in their Office of Public Affairs, discussing John Dillinger, their first “Public Enemy Number One” and his being captured. Read: being shot in the back while escorting two dames out of a moving picture show. Tomato, ToMAHto.

They hadn’t seen it either.
I asked them to check the medicine cabinet
‘Cause for some reason I leave it there sometimes
But not this time.

So I told them if it pops up to let me know.
I called a few people who were at the party,
But they were no help either.
I was starting to get desperate.

Now we come to what the hell is in that picture. I am going to agree with the urban legend here–as someone who has taken post-graduate coursework in Forensic Anthropology and Sex Crimes, and as someone who has Seen Some Shit [tm], I am going to go out on a large limb and say the image shot in the funeral home shows his enormous penis.

The side eye is strong with this throng.

I really don’t like being without my penis for too long.
It makes me feel like less of a man,
And I really hate having to sit down every time I take a leak.
After a few hours of searching the house,

And calling everyone I could think of,
I was starting to get very depressed,
So I went to the Kiev, and ate breakfast.
Then, as I walked down Second Avenue towards St. Mark’s Place,

Where all those people sell used books and other junk on the street,
I saw my penis lying on a blanket
Next to a broken toaster oven.
Some guy was selling it.

So what’s this masterful song that has been leading us through this freaky story of Dillinger’s largest loaded weapon? King Missile’s Detachable Penis. Video and music just below. Lyrics conclude with the band names and cultural references below that. I am so tempted to record myself reading the lyrics like they are a beat poem, snapping and all.

Band names from this episode:

I had to buy it off him.
He wanted twenty-two bucks, but I talked him down to seventeen.
I took it home, washed it off,
And put it back on. I was happy again. Complete.

Cultural references from this episode:

People sometimes tell me I should get it permanently attached,
But I don’t know.
Even though sometimes it’s a pain in the ass,
I like having a detachable penis.

If you ever visit the Icelandic Phallological Museum, tell ’em I said “how’s it hanging?” I am absolutely certain they have never heard that one before.

This Bluestocking bookworm is your friendly Dollop web-wrangler and digital library curator. In other words, pay no attention to that woman behind the curtain. I'm just here to John Nash all this stuff together. It's all about connections. IT'S ALL CONNECTED. I live atop a mountain, geographically isolated for the protection of others. Yes, an American mountain.
View all posts by Carla →
All original content on these pages is fingerprinted and certified by Digiprove
Powered by MailChimp
Close

A ridiculous amount of coffee was consumed in the process of building this project. Add some fuel if you'd like to keep me going!